Ad blocker detected: Our website is made possible by displaying online advertisements to our visitors. Please consider supporting us by disabling your ad blocker on our website.

August has arrived and pretty soon, so will Griz soccer!

The only major losses the team had in the offseason were the two fifth-year Taylors (Hansen and Stoeger, the former now playing for the 1st-year AND 1st-place San Diego Wave of the NWSL) plus lockdown defender Caitlin Rogers. The team also lost Zoe Transtrum, Sami Siems, Kendall Furrow, and Emme Fernandez.

Despite the losses of Hansen, Rogers, and Stoeger...I believe the team may be as good if not better than a year ago. Top returning goal scorer Sydney Haustein had a breakthrough season last year and may be the top offensive threat (especially when a clutch goal is needed), but you don't want to sleep on Skyleigh Thompson, who really impressed last season as a true freshman on the attack. Jaden Griggs is also a potential scoring threat (she had a hat trick against MSU Billings last season, but didn't score again until the conference championship game against Weber State).

Out in the midfield, Molly Massman (along with Haustein) is back, but the addition of two transfers in Kathleen Aitchison (Nebraska) and Maysa Walters (New Mexico) will make to midfield corps much stronger. Returning sophomore Bella O'Brien and incoming freshmen Maddie Ditta and Emma Pascoe join a veteran group.

On the backline, McKenzie Kilpatrick is using her extra year this season, and along with fellow captain Allie Larsen, will be patrolling the top back end in the conference. I get the sense that Molly Quarry and Charley Boone will take the places of Hansen and Rogers as starters, but Ally Henrikson and Maddie Seelhoff could be contributors in the back as well.

But I would be remissed if I forgot about the top goalkeeper in the conference in Cam Xu. She broke goalkeeping records left and right last season (including a program record for shutouts last season with 11). Joining her is redshirt freshman (and Missoula Hellgate alum) Sophia Pierce and two true freshmen - Ashlyn Dvorak (from Billings West) and Washington native Shelby Stordahl.

First game is an exhibition match against Trinity Western on August 15 in Missoula, with their first regular season game against Creighton three days later (8/18).

A big question will be how the departure (and timing) of J Landham will affect the team, specifically the goalkeepers and defense. UM hired Coach Ansah (https://gogriz.com/news/2022/7/11/socce ... staff.aspx) as a volunteer assistant but might need someone with more experience coaching collegiately going forward to fill Landham's position.

Thanks a ton for this season preview, MissoulaCanucksFan! I've followed the Griz Soccer team for the past several years, but as a relative newbie fan of soccer, often get caught up in the action without full awareness of who is who on the field (even though they have numbers

). I've also wondered how the late departure of J Landham might impact the team. Tough to be two weeks away from official practice short an important coach. Regardless, here's for another banner season from the Griz soccer squad.

We didn't need to wait long to find out who J. Landham's replacement will be.

Anybody at today's game that can give updates for out-of-towners? I can understand not putting an exhibition game on ESPN+ but I'm a little disappointed that there aren't even updates on the team's Twitter/FB pages or a stat tracker from GoGriz.
Top

DoubleNicks wrote: ↑Mon Aug 15, 2022 3:25 pm Anybody at today's game that can give updates for out-of-towners? I can understand not putting an exhibition game on ESPN+ but I'm a little disappointed that there aren't even updates on the team's Twitter/FB pages or a stat tracker from GoGriz.

Current game at University of Portland is on local TV, though it’s on a station that tends to rely on internet feeds and is reminiscent of Timbers games on endlessly buffered streams 15 years ago.

UP scored in the first half and are spending most of the second half in the Griz half.
Top

This happened in the 2nd half.

At ESPN Montana, Andrew Houghton (the producer of my daily radio show Nuanez Now) is also a contributing writer and podcaster at Skyline Sports. And he launched this podcast property: Soccer in Snow and Smoke.

He'll cover Griz soccer heavily. He's also been doing play by play and color for the Griz soccer streams. Check out the podcast!

Andrew does a great job with the Snow and Smoke podcasts.

From tonight, Griz come back from 1-0 deficit from a penalty kick (Sac. player ran into Xu but called foul on Xu) and ended up winning 2-1.
Also, PSU just beat Northern Colorado 1-0 in Greeley. Bears now on a 5 game losing streak, I believe. PSU looked much improved from last season but Northern Colorado also looked worse. But that's the first full game I've seen of each this year, so small sample size...

Good start to conference. Sidenote, even though the Griz won regular season titles in 2019 and the 2021 Spring season, they have yet to host the conference tourney under Citowicki. 2020 season was canceled and 2021 Spring tourney was preset to Ogden to host (I think, to supposedly make things easier logistically during the pandemic). Then, Greeley got to host last Fall (I'm not sure why).
Top

Huge result today against Northern Colorado, winning 2-1! Played a player down (Maysa Walters got a red card) for about the last half (about 20 mins) of the 2nd half. Absolutely needed this result in regards to making the conference tourney with only 3 matches left for UM.

OT but was researching other soccer facilities (and surprised the national elites outside some like North Carolina and Portland aren't that far ahead of UM, at least, capacity wise...look at National Champ Florida State, for example) and saw this on Pitt's site: https://pittsburghpanthers.com/news/201 ... -new-crest

So, here's my take for a Griz crest (I did it in Paint so it's not great ha). 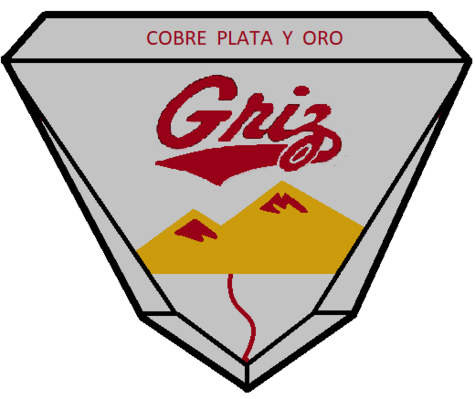 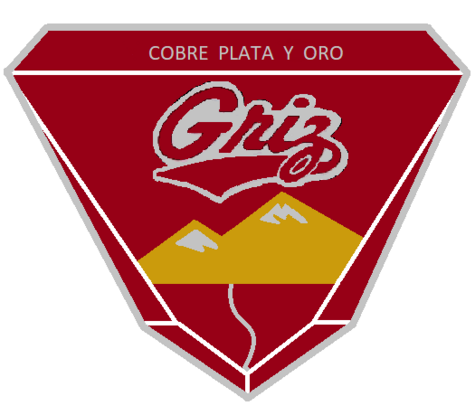 -The main crest-shield shape is a gemstone/diamond in reference to "The Treasure State" moniker. (Montana is most known for Yogo sapphires but diamonds are also mined within the state.) Also, diamonds are one of the toughest and most resilient materials on Earth so a good symbol of strength for the team

-speaking of school colors, the maroon/copper, silver, and gold are used exclusively on the crest besides some white or black outlining

-the two peaks with the right snowcap/shadow in the shape of a "M" alludes to Missoula's most recognized portion of skyline. It kinda puts Hellgate Canyon and therefore UM's campus at the horizontal center of the crest

Anyways, UM should have a challenge for their Graphic Design and Art students to come up with an official crest logo. They could come up with better symbolic imagery and undoubtedly have better artistic skills

Maybe incorporate more specific team mottos/themes after talking with Chris and the team. Could lead to additional polo and t-shirt sales and show specific support for the soccer program.
Top

NAU clinched at least a share of the regular season championship, #1 seed, and next year's hosting rights (I believe) with their win tonight (since they already had H2H over Idaho).

With a Griz win on Sunday they would move up to the 4th seed and be playing #5 Sac St. to open tourney.

If the Griz and WSU tie on Sunday and depending on the EWU @ Idaho outcome, UM will be either the 5th (with an EWU loss or tie) or 6th seed (with EWU win).

If Griz lose they can still make the tourney with an EWU loss, as well.

If the Griz lose and EWU tie, I think it's likely that EWU would get the tiebreaker (but I admit I don't really know the tiebreaker rules for soccer) for the final tourney spot because EWU would have ties against both Idaho and PSU while UM lost to both.

Worst case would be if Griz lose and EWU beats Idaho, then the Griz would end up 7th in the standings and miss the conference tourney.
Top

Well, Griz lose to WSU but Idaho beats EWU so UM will be the 6th seed playing against #3 PSU.

Another disappointing day not getting a good result although considering the Griz were down arguably their best offensive (Delaney Lou Schorr) and defensive weapons (Allie Larsen) and they are still in the tourney, they will have to take it. I also don't recall seeing Kilpatrick today as I noticed the younger/more inexperienced Seelhoff and Borseth were playing more.

This is still a dangerous team that could beat anyone in the tourney if they are healthy.
Top

Griz up 3-0 after they put a header into the back of the net 40sec into the second half.

Good win in the 1st round. Idaho’s next.
"In Bill's(Wild Bill Kelly) tragic death there might be some message for the college society that basks in the glory of the football team and the individual heroes, but overlooks the fact that they are like the rest of us with conflicts, fears, frustrations, and weakness."-Joseph Cochran, friend of Kelly's
Top
Post Reply
25 posts

Return to “Griz Athletics and Beyond”

Copyright © Missoula Media
eGriz.com is privately owned/operated and not associated with the University of Montana
Brought to you by: Backyard Tap House | Florence, MT Restaurant & Bar
Powered by phpBB™ • Design by PlanetStyles